The Many Benefits of Driving Electric Cars 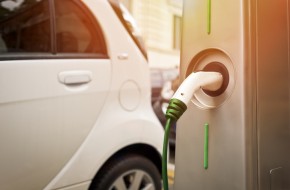 Sale prices for electric and hybrid cars have increased massively over the last decade. From the rise of Tesla to the introduction of an all-electric racing series, electric cars are not only energy-efficient, but they are also becoming the future of automotive design.

While some love electric cars for their small carbon footprint, tax incentives and low noise pollution, others love the idea of driving a little chunk of the future with all the latest and greatest technology.

This alternative to petrol or diesel engines is particularly popular with those who are carbon footprint conscious and want to do their part to reduce air pollution by driving with electric vehicles. Government grants and incentives are another thing that are pulling people in and encouraging them to make the switch to electric. This doesn’t just go for individual consumers either, many businesses are turning to electric energy sources for their company cars as well.

Below, we list some of the top reasons why people are making the switch to electric vehicles.

The cost of running an electric car is typically lower

When it comes to the benefits of electric vehicles, the first thing people think of is the money they could save in running costs. Even if you’re not ready to go full-electric, hybrid electric vehicles can also achieve a vastly greater MPG than an average petrol or diesel car.

While the cost of buying a new car is still going to set your wallet back a fair bit, you’ll soon start to feel better when it comes down to running costs. Enhanced fuel efficiency paired with the lower cost for electricity and even reduced maintenance requirements means on average you’ll spend far less on the car over its lifetime.

While some people might not like the idea of waiting for their car to charge at the charge point, you can also charge at home using a 7kW charging port. Most electric and hybrid electric cars can reach full capacity when charging over the course of 8-12 hours, this is more than enough time to plug in before you go to bed and wake up to a fully charged car!

For even greater ease of access, some electric cars can be rapidly charged at a charge point. While the time it takes to charge your car depends on the make and model of your vehicle, you can often expect up to around 80% charge in half an hour.

With charging ports becoming more accessible, there’s the hope that we will start to see more and more of them in cities and regular car parks. This would mean you could charge your car while shopping or at work.

If you live in the United Kingdom, the government offers some benefits and tax incentives when purchasing an electric vehicle. While these aren’t as impressive as they were in the past, they are still a nice way to shave a bit from the forecourt price.

In the past, buyers were able to take advantage of up to £5,000 being paid off the listing price by the government. While this has now been reduced to £2,500 for hybrid cars and £3,500 for electric cars, it’s still a great incentive. This, plus the fact that you will save money on fuel could be just the push you need to switch to electric.

However, this currently only applies to new electric vehicles and likely won’t last forever. Another government grant that you can take advantage of is up to £500 towards the installation of a home charging point. This would solve the problem of finding a charging port in your nearest city.

If you would like any further information on these government grants or any additional information on what is available for certain vehicles, be sure to take a look at the breakdown on GOV.UK.

Technology that is constantly improving

In the past, electric cars have gotten a bad rap from automotive journalists for being, well… not very cool. This is far from true these days, in most cases, electric cars are looking like a far greater alternative.

With Tesla leading the way in the ‘coolness’ factor, other major car manufacturers have started to follow suit. Automotive giants Jaguar, Porsche, BMW, Mercedes-Benz and Audi have all started producing luxury electric cars. While these are top-of-the-line and probably outside a lot of people’s budgets at the moment, depreciation and a constant influx of new electric cars will soon make these readily available.

As car manufacturers try to compete with each other to produce the best electric cars or most affordable ones, this can only mean good things for consumers looking for a good deal.

It seems that electric energy sources have made an impact over the standard internal combustion engine in the racing world too. With Formula E currently up to its sixth season this year, this fast-paced open-wheel action is opening the eyes of many racing fans to the enjoyment and torque that can be found in electric-powered cars.

As with Formula 1 and other racing series, eventually, these technological advancements made in the racing cars will hopefully start to trickle down into the standard consumer models.

Thinking to the future

Even plug in hybrid cars can make a big difference by having a small battery and an electric motor paired with a fuel-efficient engine. With the average mileage achievable by these hybrid cars being around 30 miles on electric mode only, this is well within most people’s daily driving average.

The death of the internal combustion engine almost seems inevitable at this point. With the United Kingdom government wanting to phase out diesel cars, the rise of electric vehicles seems like a step in the right direction.

It’s always nice getting a new car, but knowing that you are helping the environment without sacrificing any of the fun, comfort or practicality of driving is a huge plus for most people. With more and more manufacturers pushing electric cars as the way forward, we’ll likely see more and more people opting for electric vehicles  - which is great news for the environment.